Did you back up your data(s)?

Fiuhhh.. sprinting soaking sweats off my forehead. Unbelievable weekend which I thought would have gone differently. Thank God in the end of all, now I can finally finally breathing.

Guess what happened? The sweating is not because of the weather. Lets just say.. its worst than your cruel nightmare. Indeed, imagine when you put your sweets n sour to something.. suddenly out of the blue.. baby its GONE ! Further realize one part of it was your fault. Unfortunately, YOU didn’t have a backup. Bye bye my assignment.. you’re now the last thing on my mind.

Computer system can be cranky at times. Some weird things happens when least you expected. This rare experience I have cost my works that I’ve been doing for the last 3 weeks, which means.. “Dude where’s your car ? Go and trace the skid marks..” Only God knows how I feel that time. I did yell shit couple of times. That was before I close my eyes, waking into the truth. That was good !! It was really disastrous…moreover , imagine how sweaty I could be even with the full speed of fan or maximum level of AC, since that 3 weeks project of my assignment, has to be submitted within 3 days!!!

My advices are, backup your data(s)…from the simple phone numbers till your important documents and especially stuffs you’re currently on. Place the backup on different disk if possible and labels clearly. Next for internet bookmarks, try using del.icio.us service, they’re neat and if you do, call me.. we can exchange bookmarks. Believe me, I’m not running free promotion or something. It has all happened to me and I don’t want that to happen to you.

Through the music! / A través de música!

Goodddd Night!!! Boys and Girls from the whole world, you know we all are here to stop the war, right?

If we could stop the war through the music, this would be a musical world, but for now I leave here a song for you, surely it comes like a ring for the finger to this blog.

To hear and listen to it, click here: Heal the world by Michael Jackson.

Uefa European U 19 Championship (II) – France with a foot in Semi-Finals. Russia without chances.

Any of these countries can be qualified yet, but not Austria and Portugal at same time. A draw within Spain-Greece is enough to both. Portugal and Austria needs to beat the other (and may be with an advantage superior than one goal) and wait for a victory (no draw) in the other match.

Russia is without any chances to qualify. France is pratically qualified unless they lose against Russia and for several goals. Germany and Serbia will dispute the other place. A draw to the Germans is enough.

The top two of each group are qualified to the semi-finals to be played on July 24. The final will be placed in Linz on July 27. 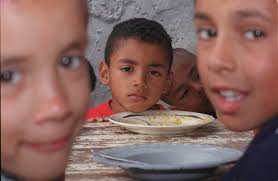 …the division starts at family level
and extends to extended family

then village and town
then State

JAI MAHARASHTRA
and then JAI HIND

– a post i posted on my blog HEAL THE WORLD

We are all cracked pots….

Filed under: Inspirational — looking4good @ 9:00 am

The story that uplifts my soul and my spirit…

A water bearer had two large pots, each hung on the ends of a pole which he carried across his neck.One of the pots had a crack in it, while the other pot was perfect and always delivered a full portion of water.At the end of the long walk from the stream to the house, the cracked pot arrived only half full.

For a full two years this went on daily, with the bearer delivering only one and a half pots full of water to his house.Of course, the perfect pot was proud of its accomplishments, perfect for which it was made.

But the poor cracked pot was ashamed of its own imperfection, and miserable that it was able to accomplish only half of what it had been made to do.
After 2 years of what it perceived to be a bitter failure, it spoke to the water bearer one day by the stream. “I am ashamed of myself, and because this crack in my side causes water to leak out all the way back to your house.”

The bearer said to the pot then, “Did you notice that there were flowers only on your side of the path, but not on the other pot’s side?

That’s because I have planted flower seeds on your side of the path, and every day while we walk back, you’ve watered them. For two years I have been able to pick these beautiful flowers to decorate the table. Without you being just the way you are, there would not be this beauty to grace the house.”

Moral of the story :

Each of us has our own unique fate. We’re all cracked pots in a sense.But it is the cracks and fate we each have that make our lives together
so very interesting and rewarding. You have just got to take each person
for what they are, and look for the good in them.

When was the last time that you realized that you are a cracked pot as well?

A tale of two countries: an Immigrant Experience

I live in New York, but I was born in the Dominican Republic -a beautiful island in the Caribbean. As all immigrants, I am caught between two cultures: the one that I inherited by birth, and the one I adopted. When I first came to the United States, I felt this immense sense of nostalgia for what my life had been in my beautiful island; I felt as if I had been spelled from Paradise… and in order coop with my loss, I did what all immigrants do: I started to idealize my homeland. As Gabriel Garcia Márquez puts it, “Life is not the one you lived but the one you remember.” In those first months, I could not think of anything that was less than perfect in the Dominican Republic. I guess, it was a defense mechanism in order to coop with my sense of loss and isolation. I had entered a world that was not mine, world that I did not understand, and did not understand me, a world in which everything was done backwards…. I couldn’t quite understand why people were always running, why they did not greet you on the street, why everyone seemed to be mad or sad; why they were not friendly like the people I knew back home…. I missed my family and friends very much; I was very lonely because making new friends was difficult since I did not speak English. I hated my school too, I remember sitting in my classroom, and not understanding what my teachers and peers were saying; and, at that point, my mind would start to make its way back home, and there was nothing I could do to stop it… that was my escape back to the Paradise… I always looked at the clock, and thought of what I would have been doing if I were there… I was miserable here, and I wanted to go back, but of course that was not up to me. Every moment of the day, I felt as if I were in two different places at the same time: by body was in New York and my spirit in the Dominican Republic.

Despite the fact that I missed my homeland terribly, New York casted a spell on me from the very beginning. It was everything that my tiny town was not. I thought that it was an amazing place, even though, I was totally overwhelmed by it. I still remember standing at the Grand Central Station, and thinking that I would never understand the subway system. It seemed so crowded and fast…. Today I know that I was wrong, I did learn. Even though, the first months were horrible and confusing, I loved the glamour of the big city, the lights, the buildings, the museum, the libraries, the bridges, Times Square, the Twin Towers, the Statue of Liberty but most of all, I loved seeing Snow for the first time. It was an incredible experience for me.

I consider myself Dominican but I also think of me as an American. I have embraced both countries; I hold dual citizenship, instead of one flag I have two. I am the product of two cultures because they are both in me. I speak both English and Spanish, and sometimes Spanglish. I love eating mangú and sancocho, but I can’t live without my bagel in the morning…. There are days in which I still miss the Dominican Republic, but New York is home now. I now cherish all those things that I found quite strange when I first moved here: I eat my rice for dinner, I run for the subway, don’t have much time to greet people on the street, and Grand Central does not overwhelm me anymore…. I have accepted the fact I would always be caught between two countries, always looking back, but with the need to go forward.